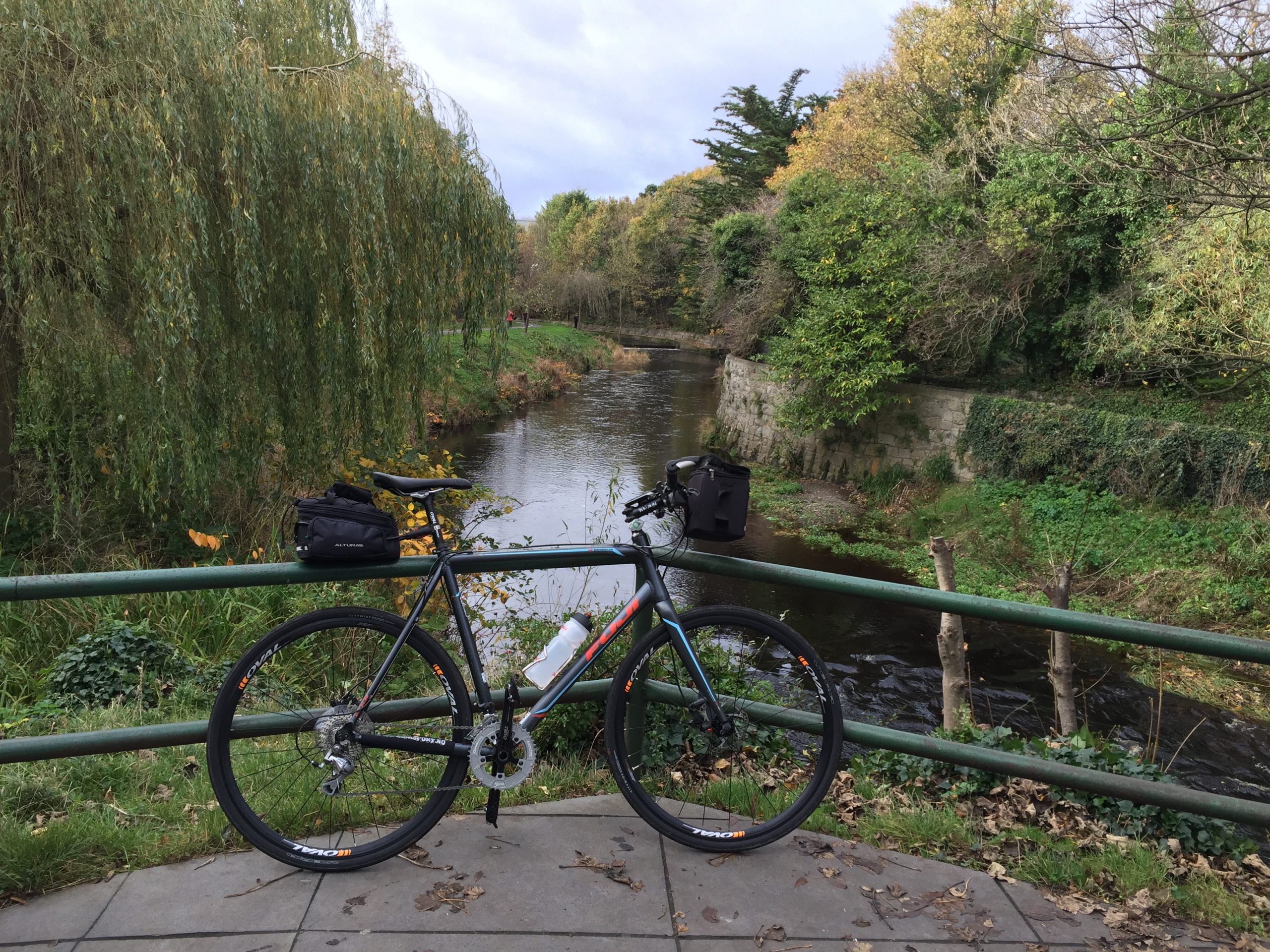 Following the River Dodder from the Grand Canal Dock brings you to The Dropping Well.

The Dropping Well is a historic pub located on the Dodder riverside. On a sunny day you can sit outside enjoying your pint and watch the river. If you’re hungry, the pub is also known for their good food.

The ride from The Grand Canal Dock to the Dropping Well must be done in “slow motion” since the path along the river is narrow and also used for pedestrians. On the other side – no need to rush but take your time to view the bridges and their nice stone work.

I spent some time finding a route that limited roads with heavy traffic (and still close to the river). It was not easy! There are still some parts that you have to bike carefully and pay attention to the traffic.

The route starts at the Grand Canal Dock. The reach the river Dodder start biking across the bridge direction Ringsend. You will see the river on your left hand side.

The first part is biking on the riverside (Fitswilliam Quay) on a rather narrow path. Again – no need to rush. You’re heading towards the Aviva Stadium located on the north side of River Dodder. The stadium is quite amazing in size when you approach.

You keep on paddling on the same side of the river passing the some nice green lounges.

Shortly after crossing the Merrion Rd at Ballsbrigde you’re recommended to cross the river near Herbert Park. Departing the park you will distance the river for a short distance. Following this route, you will cross Stillorgan Rd and enter Brookvale Rd  (located behind the gas station). Keep on riding on the Brookvale Rd and cross the River Doddder to Beaver Row on the pedestrian bridge. Most likely you have to dismount from your bike crossing.

You’re now entering the part of the route with most traffic (Beaver Row, Beech Hill Rd). Even though the speed limit is low, the road is rather narrow and without any dedicated cycle paths.

After you have crossed the Clonskeagh Rd and entered the green lounge on the other side, you have bicycle paths and no traffic all the way up to The Dropping Well.

The return to Grand Canal Dock starts on the other side of the river direction Milltown, but unfortunately the tracks stops after a while. You then have to use the cycle path down Milltown Rd. to Sandford Rd. Turn right on Malborough Rd. and enter Herbert Park. Thereafter north on Northumberland Rd. to the Grand Canal. 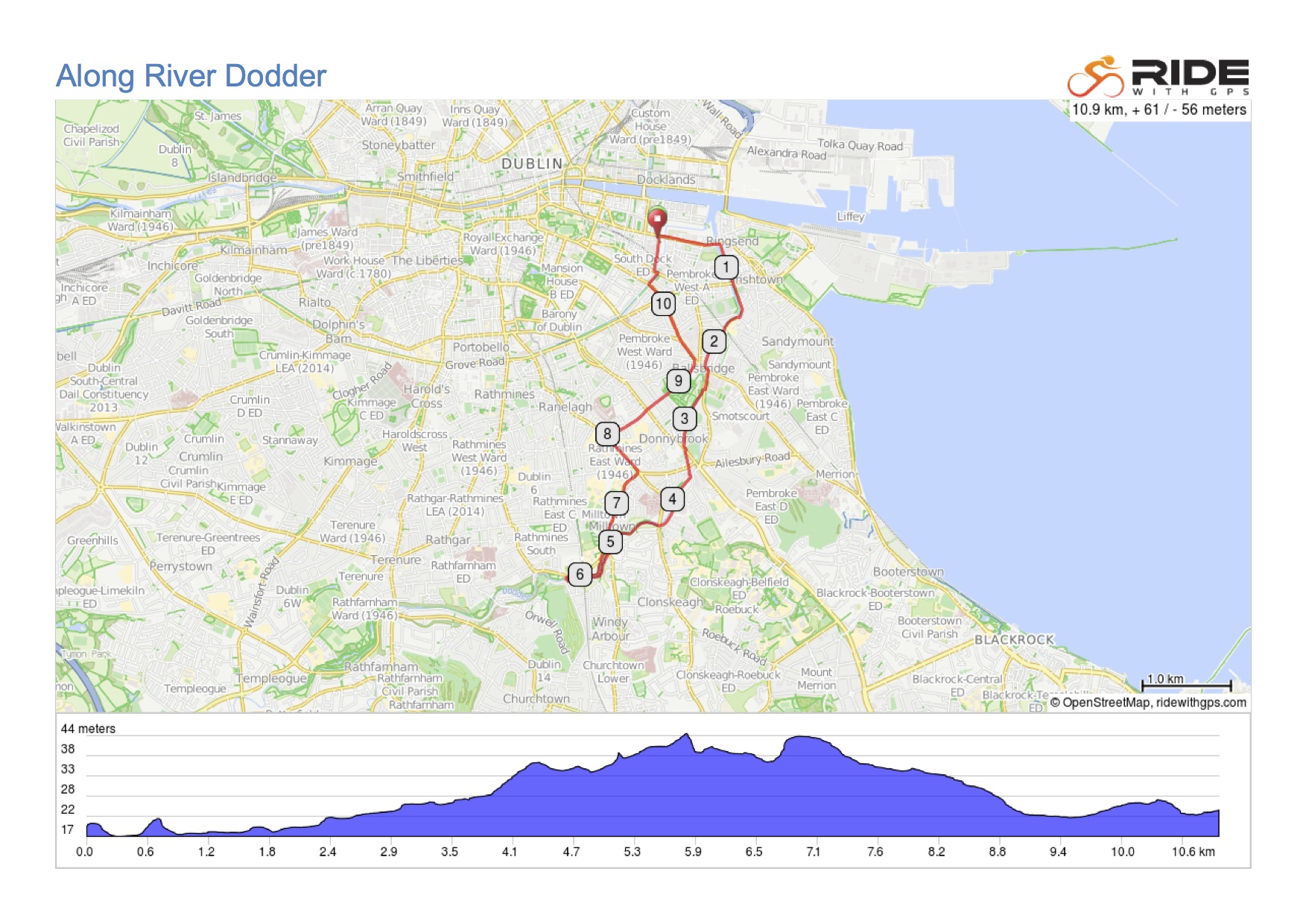